We set out for a wine tasting day in Napa. It was the end of January, but it might have as well been April or May: the sun was warm and extremely pleasant, the blueness of the sky intense, and only the bare trees and empty vineyards indicated that it was indeed, still winter.

After trying to decide which winery to pick (and it is an-almost-impossible task), we decided to stop at a place we've been to before (a safe choice!), but that always impresses us and virtually anybody who ever sets their feet on it. It is called Castello di Amorosa. The pictures speak for themselves.... (sorry, no princesses or knights spotted!) 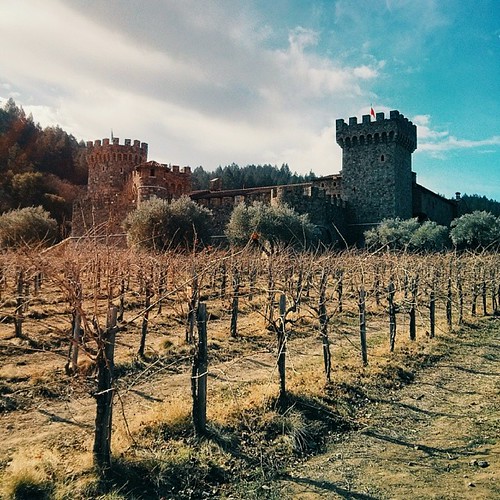 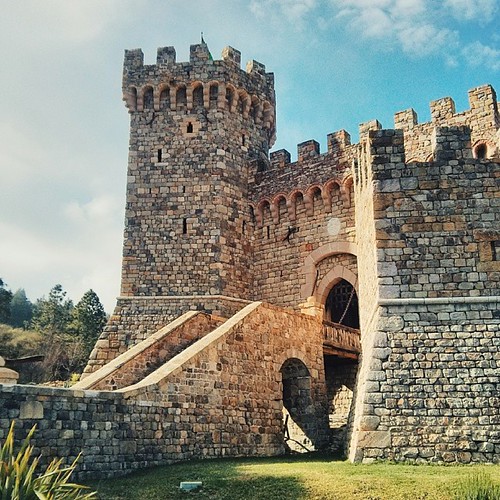 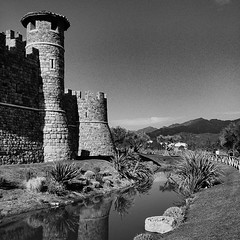 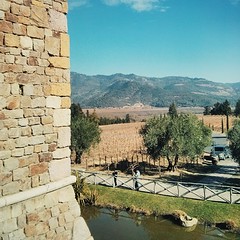 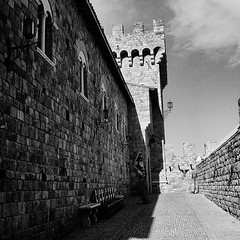 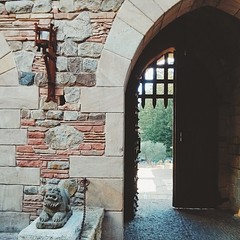 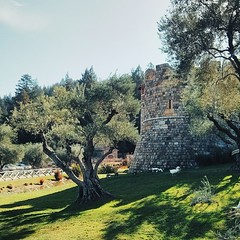 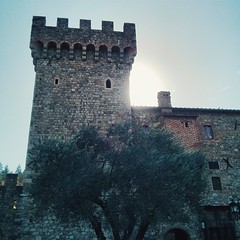 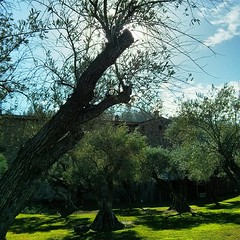 At the Castello, we noticed a huge white building on the other side of the hill. After a short inquiry, it turned out it was another winery (Greek style, thus the white style architecture). Intrigued, we decided to give it a try as well. Spontaneity FTW! If you don't have a plan, you have to make one as you go -- so we did!

It was an adventure that we did not expect. We took cable cars/aerial tram to the top of the hill where the winery is situated to take the wine tour. We were greeted by a glass of white wine, and the first glimpse of the beautiful views that seemed to get better and better as we moved along. 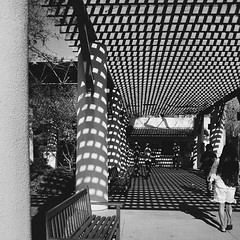 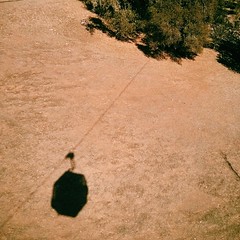 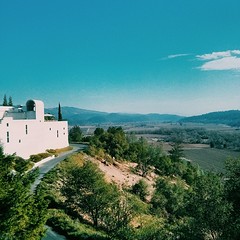 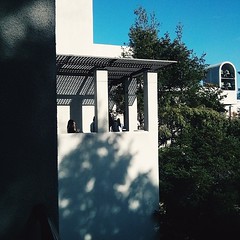 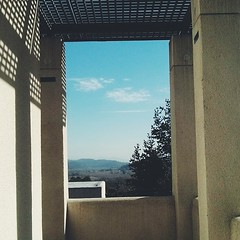 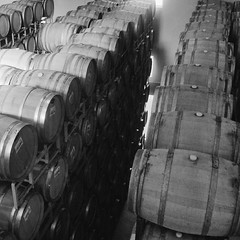 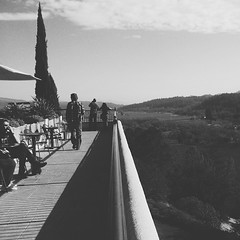 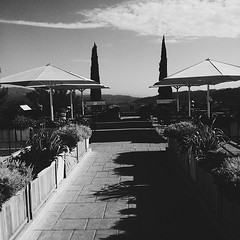 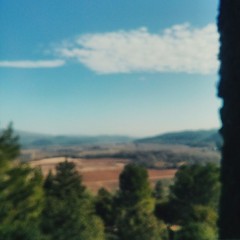 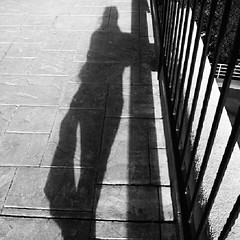 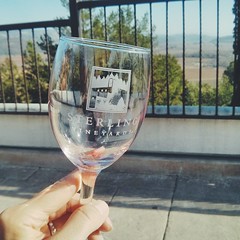 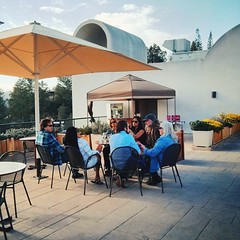 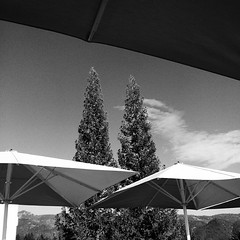 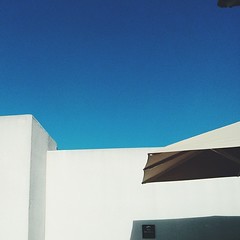 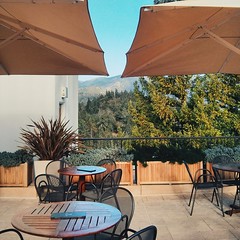 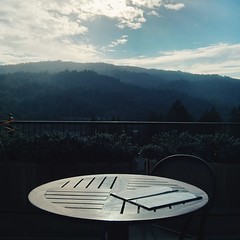 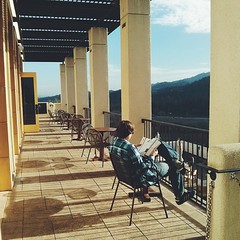 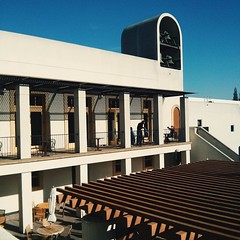